Mona Golabek is the founder and president of the Hold On To Your Music Foundation. An author, recording artist, and internationally renowned concert pianist, she learned to play the piano from her mother, Holocaust survivor Lisa Jura, whose stories inspired the critically-acclaimed book, The Children Of Willesden Lane. Her father, Michel Golabek, fought valiantly in the French resistance and received the Croix de Guerre.

In 2012, Mona made her stage debut in The Pianist of Willesden Lane, adapted from the book. The production, directed by Hershey Felder, has been celebrated by critics and audiences with sold out theatrical runs in New York, London and many other cities. Mona has received Best Actress nominations from the New York Drama Desk and Los Angeles Drama Critics Circle.

A Grammy nominee, Mona is a prolific recording artist and has been the subject of several documentaries including Concerto for Mona with conductor Zubin Mehta. Her discography includes the best-selling Carnival of the Animals and Ravel’s Mother Goose Suite, both recorded with her sister Renee. They feature the voices of Meryl Streep, Audrey Hepburn, Ted Danson and Lily Tomlin.

Through all of her work, Mona holds on to the music that saved her mother’s life, fulfilling the promise Lisa made to her mother.

To learn more about The Hold On To Your Music Foundation, click here. 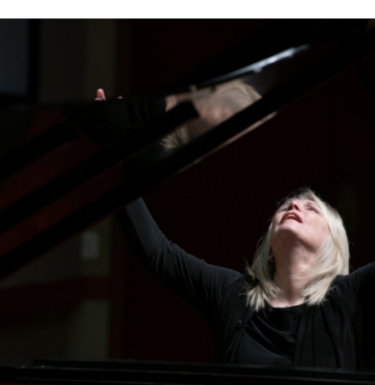